In 1936, Sir Austen Chamberlain, who at the time had become a much accomplished Parliamentarian, gave a speech to the Birmingham Unionist Association about the political situation in Europe, which as you might imagine, wasn’t going very well. Sir Chamberlain, a Nobel Peace Prize lariat (and half-brother to then British Prime Minister Neville Chamberlain), warned about the growing nationalistic sentiment that was sweeping the Continent as a direct threat to peace and stability.

The speech he gave that night wasn’t extraordinary, nor did it contain much of anything Chamberlain hadn’t spoke about before. He was a long-time voice against authoritarianism and he despised Adolf Hitler. What did separate how the event was remembered began with an article that appeared in The Yorkshire Post (which still publishes today) the following morning in which The Post quoted Chamberlain’s speech:

“It is not so long ago that a member of the Diplomatic Body in London, who had spent some years of his service in China, told me that there was a Chinese curse which took the form of saying, ‘May you live in interesting times.’ There is no doubt that the curse has fallen on us.”

There’s debate whether there was ever a Chinese curse that uttered anything resembling Chamberlain’s words – there probably wasn’t one. And even though almost nobody today remembers Sir Austen, that phrase he uttered –  “may you live in interesting times” has managed to transcend the test of time. It has become the go-to resurrected phrase whenever the world is beset with uncertainty.

That’s the essential point of my blog – to examine our sudden displacement into these interesting times. We are observing religious and economic conflicts, many of which have been building for about 30 years, and have culminated to formulate a world that, much like the time when Sir Chamberlain spoke some 80-odd years ago, is rife with nationalistic passions that threaten not only world peace and stability, but have essentially ended, or at the very least, interrupted the democratic processes which have brought so many countries stability and prosperity.

From time to time, hopefully each day, I’ll be focusing on items that relate to the instability in our world, with a few indulgences on Canadian politics because, well, I’m one of those people from the frozen tundra. We’ll also devote time to Trumpism – a movement born out of a strange mix of nationalism, populism and unabashed racism.

My own background isn’t particularly academic – many years ago I acquired a degree in political science, so now is as good as any to put that piece of paper to use. Aside, I’m hoping my observations (at the very least) shed some light on power, policy and politics.

As you (hopefully) return to this blog, you’ll probably notice my own ideological variances. In years past I considered myself a firm centrist, willing to consider the merits of ideas and policies from both sides of the political spectrum. I like to think I’ve held firm to those beliefs, even while the world, or at least parts of it, have become much more radicalized and divided.

And maybe a few odd bits and pieces to lighten the mood. Goodness knows, the world can use it. 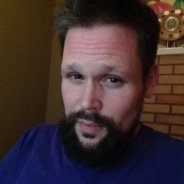 Democracy Interrupted is owned and operated by Tony Bassett, a (somewhat dated) graduate of Political Science from the University of Saskatchewan (FIGHTIN’ HUSKIES!) and is currently professionally involved in community organizing, which is for whatever reason has become something treacherous. He currently lives in the beautiful and climatically acceptable (from May-September) city of Saskatoon, Saskatchewan. Father of a now teenage boy, and two large dogs which take up a disproportionate amount of time and energy. He drinks coffee black, because anything else is an atrocity.